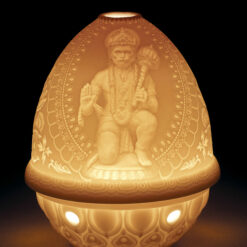 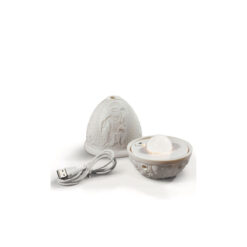 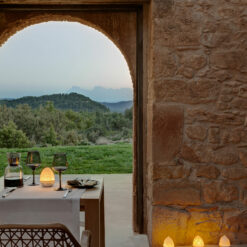 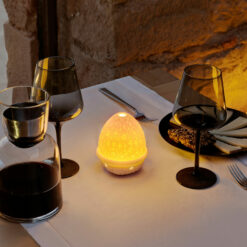 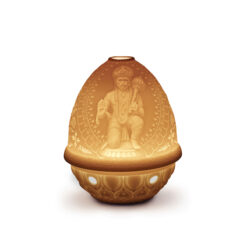 Matte white porcelain lithophany for home decoration with Hanuman engraving, a recreation based on reliefs inspired by the monkey God, Hanuman, son of Vayu with matte pattern finish on the translucent porcelain.

The Hanuman Lithophany votive is inspired by the Monkey God Hanuman, son of Vayu, the Hindu god of the wind. His main weapon is a mace, and he represents the Vanaras, a race of apelike men who lived in the forests of southern India and were considered the children of gods taking animal forms. The design is engraved in a matte finish onto the translucent porcelain surface. Reference 01017376 includes a mains-enabled LED, and reference 01017377 includes a rechargeable LED module. The LED is included in the lithophany (with a sticker on its base in case you want to adhere it to the votive base). An integrated touch dimmer switch regulates the intensity of the light. Once charged, the LED will shine for 4 to 7 hours. It can be charged using a mobile phone charger with a USB jack. Charger not included. It must be fully charged for 4 hours before using for the first time. After this initial charge, remove the cable and run it from the battery, without an external power source. The USB cable is white and 1 metre long. Made in Spain.